Hey, all – how are your word counts going? Somebody at my local write-in yesterday night reached 50k – can you believe that? And moving right along, please welcome Amelia June to the spotlight!

What’s the most unusual part of your writing process?
I think I differ from most writers in two major ways. First, I don’t write more than I should, I write less. I tend to have a clipped, outline style in first drafts. I often write a scene, then scroll back to to the top and add several paragraphs of description, scene, emotion, etc. I tend to get the big stuff down first, then flesh out. My drafts usually get longer, not shorter.

Secondly, I tend to write in a linear fashion. I don’t jump around, writing scenes that interest me and cobbling them together later. I’ve known many writers who do it that way. I just write in a row, one scene to the next. Jumping around doesn’t work in my head. I need to know how the story flows. I imagine myself a great rhino, stomping my way through the jungle one step at a time, rather than other writers I’ve known who can flit around and land wherever they please.

Where are your backup files?
I store my backups on gmail. That way, no matter where I am, I can access them and not worry about them disappearing off a hard drive.

What advice would you give to all your fellow Wrimos?
It’s too late for my best advice, which is the midnight dash–if you do a midnight dash on day one, then get up and write again, you’re ahead already!
Other pieces of advice: get as much done as you can as often as you can. If you can get out ahead at the beginning, the end of the month is gravy. Also, week two is the swamp of sorrows for us all. Don’t quit now, slog through to week 3. You’ll be glad you did. 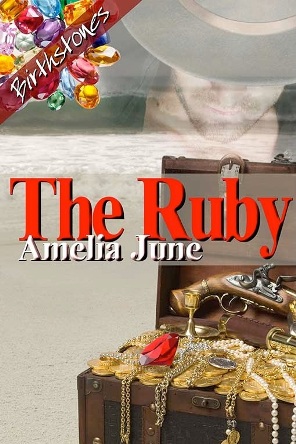 Ninja Question! Who would you go to if you desperately needed help?
Apart from the man I married, I would go straight to my dearest friend Desert Bell. She’s the peanut butter to my chocolate, man.

Amelia lives in the desert southwest with several male creatures. She is a student of humanity, loves eavesdropping, and prefers chocolate to just about anything.

This entry was posted on Tuesday, November 13th, 2012 at 8:32 pm and is filed under Linkage, Wrimos. You can follow any responses to this entry through the RSS 2.0 feed. You can leave a response, or trackback from your own site.