Good morning! Nanowrimo has already started for some lucky writers in certain parts of the world, but here it’s still going to be about twenty-four hours before I start my Nano-ing. And today I’m shining the spotlight on wrimo Nicohle, who you can find on the web at Write Accountable. Nicohle, how long have you been participating in Nano?

My NaNoWriMo experience is limited to NaNo’13 and CampNano attempts. While I won NaNo’13, by a landslide (150k+), I found CampNano to be difficult. Setting my own goals made it too easy to give up, I think. Plus, my support structure for it had all but vanished. However, I wouldn’t trade any of my attempts for the world. NaNoWriMo has given me valuable experience, and proven to me that being an Author is something I can do, something I can strive for!

What are you writing about this year?
This year, I am a NaNoRebel. What that means is, instead of the traditional fifty thousand words, I am doing something else entirely! While my goal is still 50k, I’m taking the first two chapters of my 2013 victory novel, and turning them into short novels, instead. The goal is to have them publish worthy by december! A hard goal, but I’m going to get my name out there! 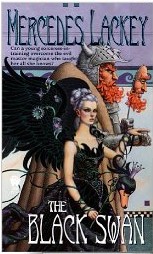 What is your favorite book – you have to pick just one!
Oh, that’s a close one. There are a lot that have stuck with me over the years. But I think the one that influenced me the most, honestly, would be Mercedes Lackey’s The Black Swan. It’s a retelling of the old Swan Lake story, This time, from Odile’s perspective. It drove home to me how important it is to see things from the supposed villain’s perspective. And how just a little change in the narrative can provide a much more pleasant outcome to a classic tale.

What advice would you give to all your fellow Wrimos?
Just power through it. Fall in love with your story a million times. And if it’s boring, CHANGE IT. I ended up with a completely different story by the time I was done with Nano, and I might again this time! So, let NaNoWriMo help you grow, and don’t worry about winning or losing.

Sneaky Ninja question! Are you more of an optimist, pessimist, or exactly in-between?
Oh No, I can’t believe I didn’t see it! No, but really, I fully consider myself an optimist. I’m one of those people that may see a glass as half empty, but realizes that hey, there’s a faucet, and we can always just refill it.

Nicohle Christopherson is an up-and-coming author, with her soon to be released Kurylian Saga as her subject for this NaNoWriMo. You can find more work by her at Write Accountable, a blog she updates once or twice a week, at least. She haunts twitter @NicohleC.

This entry was posted on Friday, October 31st, 2014 at 7:40 am and is filed under Uncategorized. You can follow any responses to this entry through the RSS 2.0 feed. You can leave a response, or trackback from your own site.