Hello! I haven’t had that many volunteers for spotlight interviews this year, which is probably good as I’ve been so busy with writing my own word count and taking care of ML duties, but there’s been one author I do want to shine the spotlight on! Here’s Nancy, you can find her as scout.girl on Nano, or at her own website: http://nabarber.com/

Nancy, how is November going for you so far?
Word counts and keeping up with life, they are juxtaposed and tied together this month.
This is my second nano and I’m not sure how I found out about it. I must have wandered upon it because I wasn’t at all prepared. I won, in 11 days, but I wasn’t prepared. I wrote a big chunk of my first novel last year, and am doing so again on the sequel.

What are you writing about this year?
I am writing the sequel to last year’s nano Resonant Frequencies. This year’s title is Torsion: The Book of Seventy Two

Where are your backup files, and why?
On my documents, a zip drive I can carry anywhere or rescue quickly and on Drop Box. But the most secure is when I email to my father to keep the files on his computer. No chance of him changing them there.

What advice would you give to all your fellow Wrimos?
Keep it simple. If you’ve never written a book and the thought of “craft” is too much to do before you get your story on the page, just write it out. Here’s a simple and easy way to start. Write 3 sentences describing your story, beginning middle and end. Write a paragraph describing each of those 3 sentences. You now have an idea, a synopsis and when you write 3 hundred words for each one of the paragraphs, you then have a complete plot. Your story line is done in enough detail that you should always know where you are going, and the end is in site the entire time.

There is so much made of ‘craft’ and how first drafts are ‘crap’. I don’t understand why writing to get a word count is more important than telling the story. If this happened in the first chapter, what happened next. Write it down. If you sit at a campfire to tell a story, do you fill it with words to make it longer or do you use words to move it along to completion.

Katytastic has a 3part, 9 section and 27 chapter outline that she covers in a video. I used that to ‘rechart’ the hero’s journey and then wrote my story. It helped with visual organization and made the story structure easy to track and follow. I’d recommend it to just about anyone.

Sneaky Ninja question! Out of your favourite fictional characters, who’d make the best sneaky ninja?
I’m not sure what a sneaky ninja is , but Undine Sprague of Custom of the Country can and will do just about anything to get her way and she is one sharp woman.

Whenever the fate of humanity is at stake, Satan is there. With a woman. 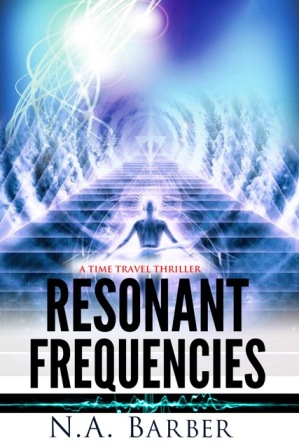 Phoebe doesn’t believe in time travel. She’s never evaded a SWAT dragnet, been hunted by drones or sold for half a kilo of cocaine. She’s certainly never met a God-hating Angel. She’s just an orphaned nobody from an L. A. girl’s home. But on her eighteenth birthday the rich, the powerful and the perversely demonic come to vie for her ancient magick and for what lurks in her DNA. When evil forces kidnap the wrong women, Phoebe launches a mission to the bowels of the earth, where she finds the Chamber and an evil hidden for 13,000 years.

While the fabric of time hangs in the balance, she fights her own demons and discovers enemies, allies and where in time she’s safe from the vengeful Watchers. Phoebe must prevail over evil, before something decides to eat her.

Thanks for sharing this with us, Nancy!