What’s up Wednesday? Snow! (Or is that down?)

What’s Up Wednesday is a weekly blogfest to share the answers to a few simple questions… Join us! 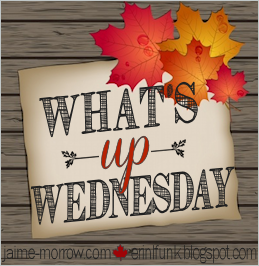 reading:
Still mostly “Academ’s Fury” in library ebook format, from Jim Butcher’s Codex Alera series. I was actually busy and stressed enough a few days this past week that I didn’t read anything much!

What I’m writing:
Nanowrimo word count is up to 38,266. Still working on both the urban fantasy, “Never Found”, and the futuristic Sci-fi, “Hypermappers”.

What works for me:
Going to write-ins is still great for my word count, and my soundtracks are proving fertile ground for inspiration. I actually realized recently that I needed to flip one song to the other soundtrack: Doc Walker’s “Rocket Girl.” With a title like that, maybe I should have known it was science fiction, it really fits for Ariann and Jeff as a couple.

What else I’ve been up to:
Went bowling for the Hamilton Nanowrimo midway party, which was a lot of fun! And today we had a surprising amount of snow for mid-November, with the resulting commute issues, sigh. (I was on public transit today, though I’m not sure if it would have helped to be driving.)

What about you? Click here to join the hop or check in with some other great writers.