S is for Scavenge like it’s the zombie apocalypse

For the A to Z challenge this year, I’m sharing science fiction and fantasy story ideas…

I wrote that down fairly early in my A-Z planning, and if there was anything more that it meant, any characters or coherent plot, I’ve forgotten about them. It’s a cool sounding phrase, though, isn’t it?

Presumably, in the story, it’s not actually the zombie apocalypse, but somebody’s scavenging as if it were. Is it some other kind of apocalypse, or a reality tv show? Is the scavenging character just crazy?

If you’re interested enough to pick this up and write your own version, feel free; ideas are cheap. And let me know! I’ll be keeping the notions vague enough that lots of different stories might be written from them.

Hi everybody – it’s Spotlight time, and I’m glad to present an interview with Patti Nielson:
Are you ready if there is a zombie apocalypse?
Most definitely. I’ve got a good supply of toilet paper, and lots of peanut butter, so I’ll be good to go. Although I might have to re-evaluate my supply of knives and flame throwers.

Are you allergic to anything, and if so, what?
No allergies, but I think it would be good for my waist to be allergic to chocolate.

If you had one day left to live, what’s one thing you’d want to spend that time on?
I would definitely want to spend time on my family watching the perfect sunset from the top of a mountain.

I’ve always wanted to be a writer, and have concocted stories since I was little. It was kind of secret hobby, but slowly I’m stepping out of my comfort zone and letting people read my words. I write YA and MG fantasy, since I grew up loving those 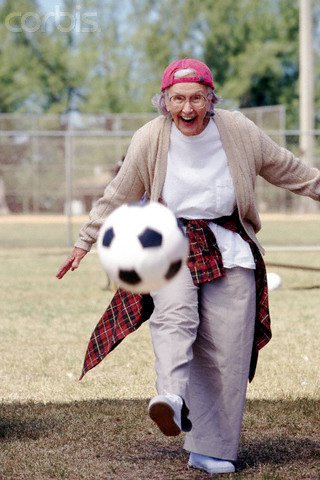 kinds of books. When I’m not trying to knock out words on my laptop, I’m either figuring out which how to manage which way my three kids need to go, working part time at a Foresenic Engineering firm, or on the soccer pitch trying to score. I hope to be playing until I’m an old lady, but I think my body might have other ideas. Good thing you don’t have to be able to run to write a book

E is for… (A-Z Challenge Directory)

Elizabeth has a great blog of her own, and she’s participating in the Crusade and the A-Z challenge, but this post isn’t a blogger spotlight. It’s about the Elizabeth that I know in real life – or as close to real as it gets for writers who talk about writing together.

I’m not perfectly clear on the circumstances, but I think that I first met Elizabeth late in October or early in November of 2008, at an event for the Hamilton National Novel Writing Month region. And it seems likely to me that she stepped into the room, noticed the other writers gathering, and hurried over with a big wave.

That’s the impression that I always have of Elizabeth, though I know that there’s been times when she hasn’t been able to keep up that kind of enthusiasm, but I still associate her with creative energy and optimism.

Since December of 2009 or so, we’ve continued to meet at coffee shops in Hamilton on the weekend whenever we can schedule it, to type away or scribble longhand on paper, (in her case – I can’t read my own writing on paper anymore,) chat about our recent projects, and procrastinate by discussing work, books, television, movies, or anything else we can think of. I’ve heard all about her stories involving fem-angst vampires, zombies, poisoners, and less likely suspects, and told her about my unlikely angels, space parents, wizard detectives, spellcasting princesses, and homesick aliens.

More than anything, though, I’d like to thank Elizabeth for supporting me in my creative goals through the times when it seemed like a lot of other writer friends I’d made were busy on adventures of their own. I hope that I’ve been as good a source of support for her too.

So, here’s to you, Elizabeth. It’s your day, as far as I’m concerned. And good luck with that crazy Story-a-Day thing that you’ve signed up for in May!